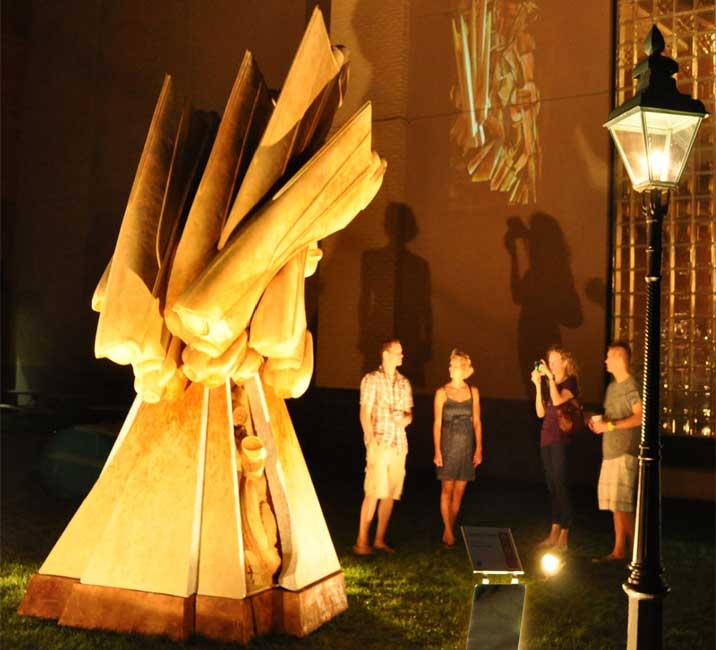 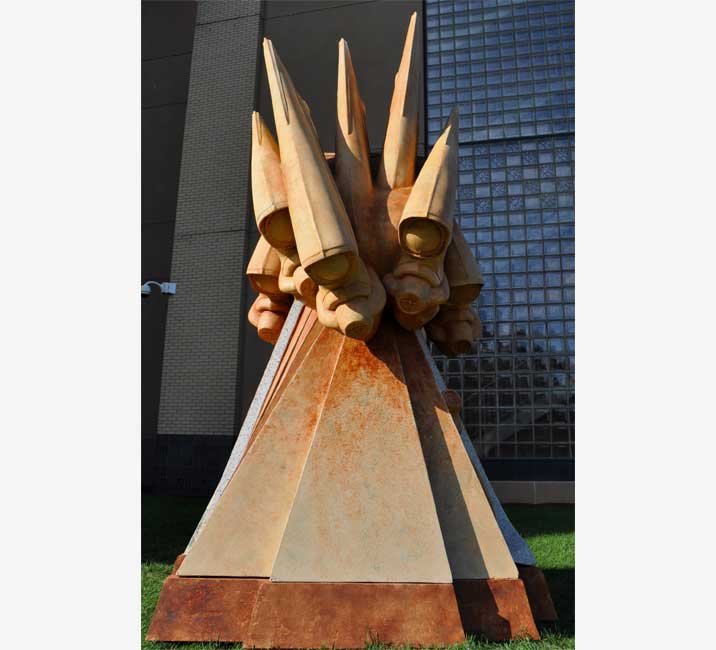 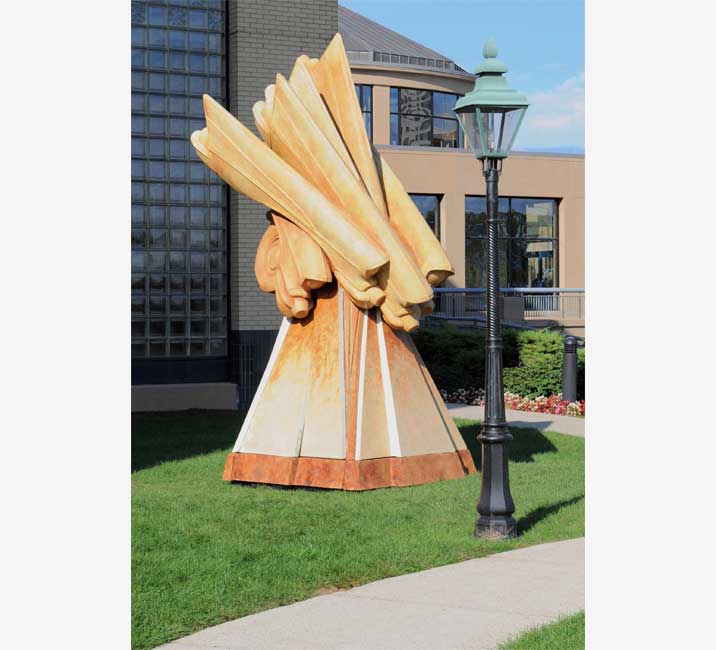 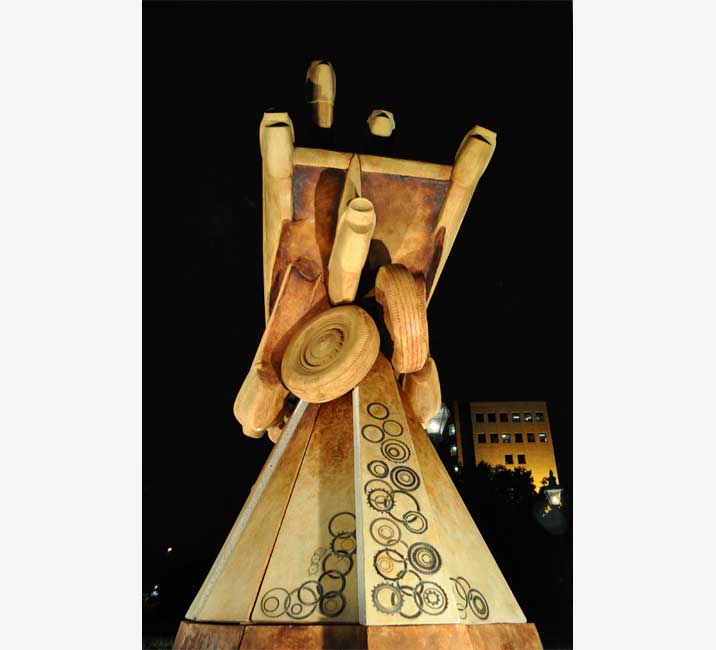 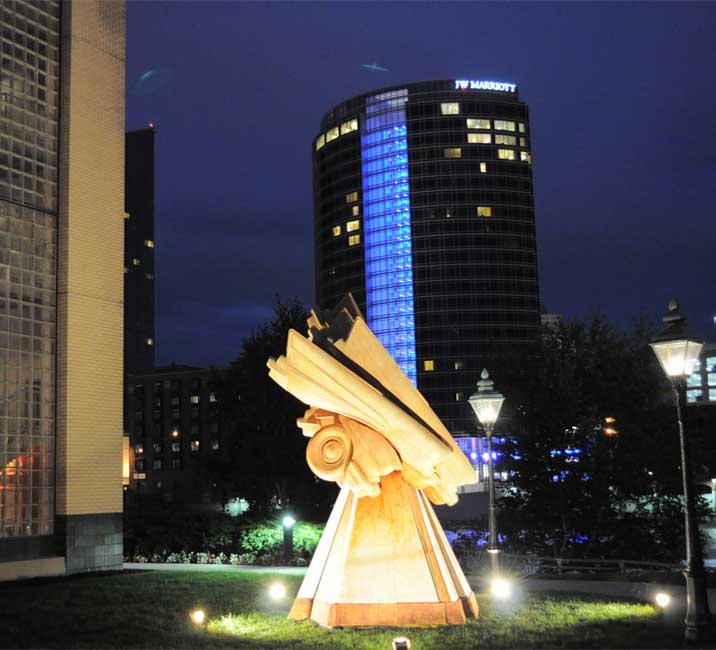 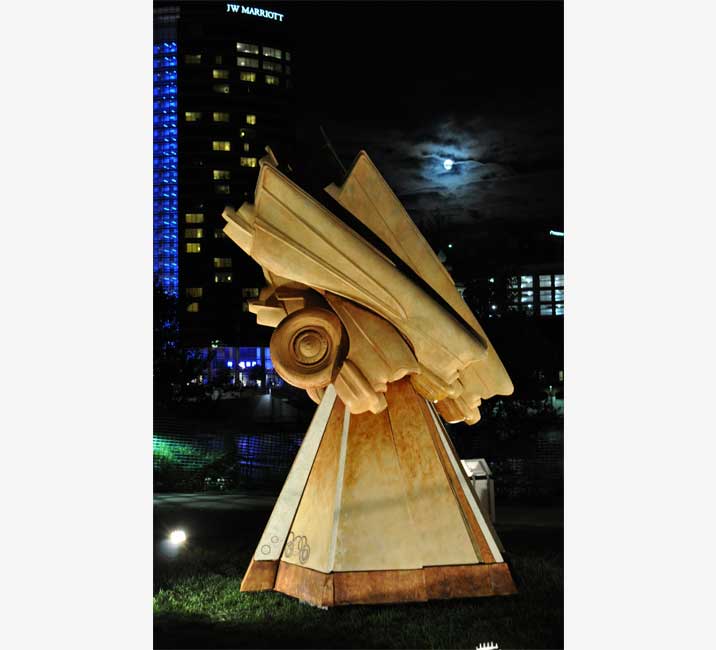 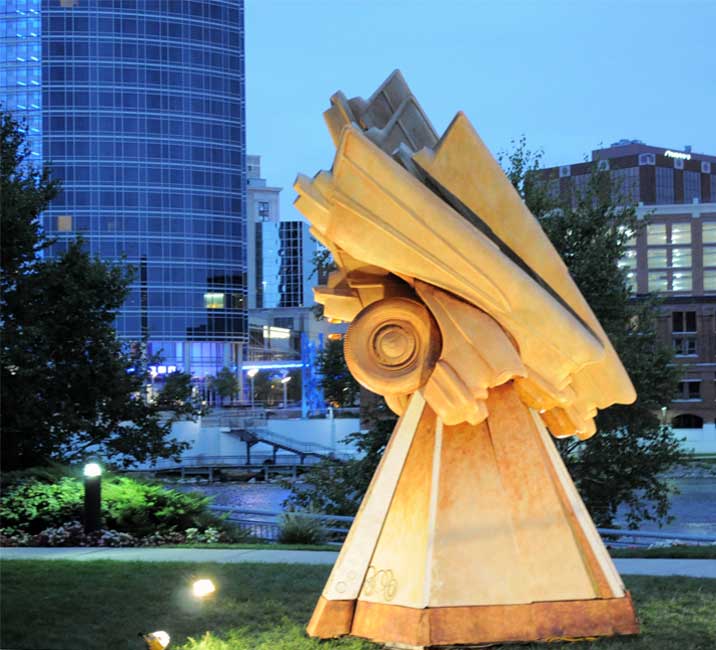 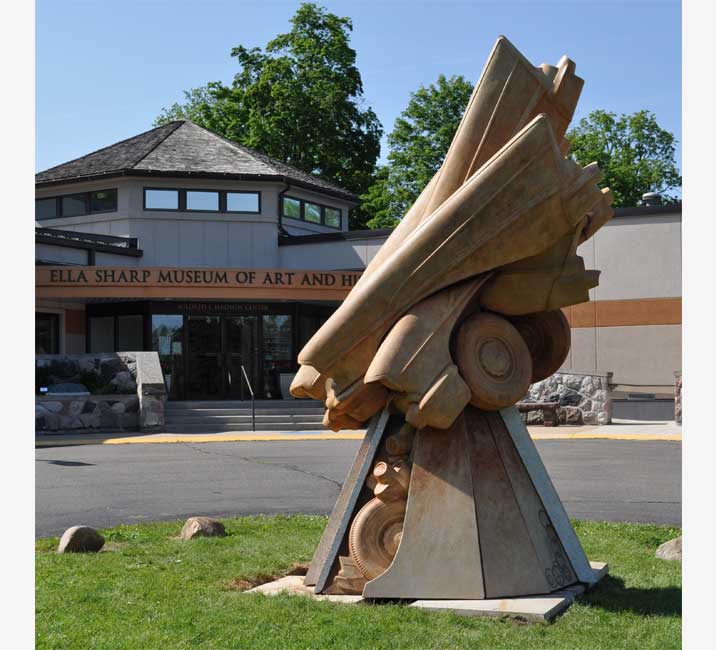 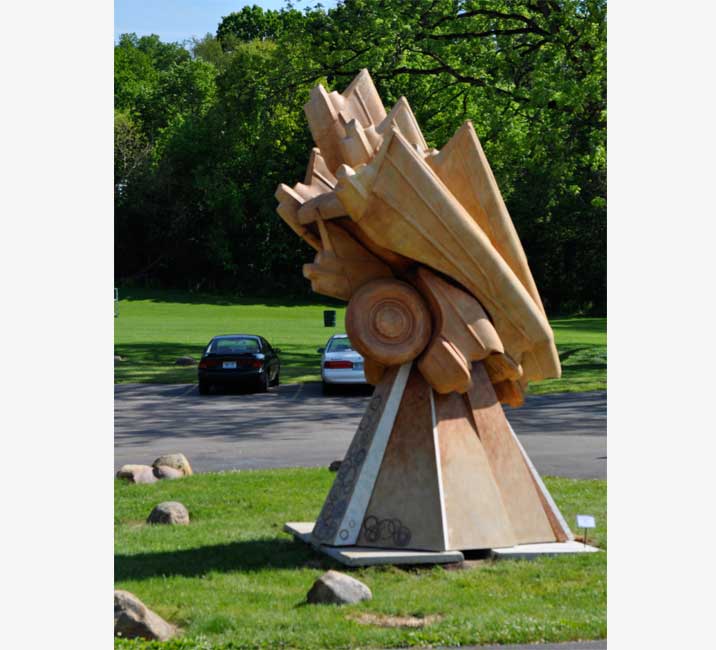 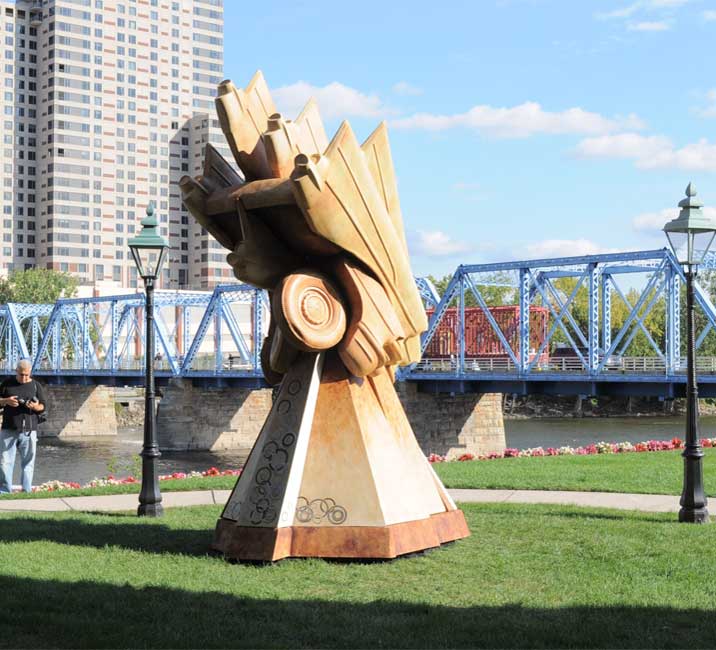 57 Descending has been shown at several museums. The details feature embedded transmission gears (terazzo style) as well as castings of scale studies done prior to the larger work.

This piece can be dissembled and articulates down to a 10 feet height, enabling transport to new locations.

57 Descending was first installed at the Grand Rapids Public museum. From there it went to the Carnegie Library in Tecumseh for a year. Jackson Michigan's Ella Sharp Museum of Art and History had the work in front of the entry for 2012-2013. It was finally moved back to Tj's sculpture grounds in Holland.

57 Descending is a monument to the cresting of car culture, which has been strongest In America with the Boomer generation being steeped in it. Their favorite ride, the '57 Chevy was chosen to represent this turning point in the composition. Tj has always loved "Nude Descending a Staircase" by Duchamp (in 1911).

That piece introduced cubism to America and the new study of motion from motion pictures and moving vehicles when technology was brand new. 100 years later (2011), we started thinking we must move away from our dependence on cars.  We had begun the descent and transportation will not be the same by 2111.

Tj used DuChamp’s composition as inspiration for 57 Descending.  In the over-scheme of history, this 200 years of the car is a relatively short period of time. Tj lived at this pinnacle and worked in automotive design as a sculptor.

The first installation at the Grand Rapids Public Museum was accompanied by a projection show each evening illustrating the connections to DuChamp's painting, the Nike sculptures, and impressions from the viewers.  Each night as the show progressed TJ added images illustrating what viewers thought they saw in the sculpture- French fries, stacked Junkyard cars, a tepee, etc.  The show ran for 16 days.

Background: Tj envisioned this piece in 1995 with a wax maquette which has been lost. The first study; Boomer’s Nike was created full scale in '97. This piece kicked off an entire series of Nikes from Classic cars of the boomer generation, two of which were done full scale.

The  pedestal size Boomer was done in 2005 enabling the 42 inch version of 57 Descending a Switchback in 2007. The 42 inch version was cast in concrete and exhibited in Colorado. An edition of eight is planned. The big piece was created for ArtPrize and shown at the Grand Rapids Public Museum in 2010. There, it was displayed along with the slide loop. The sculpture is concrete over steel with structural foam core.